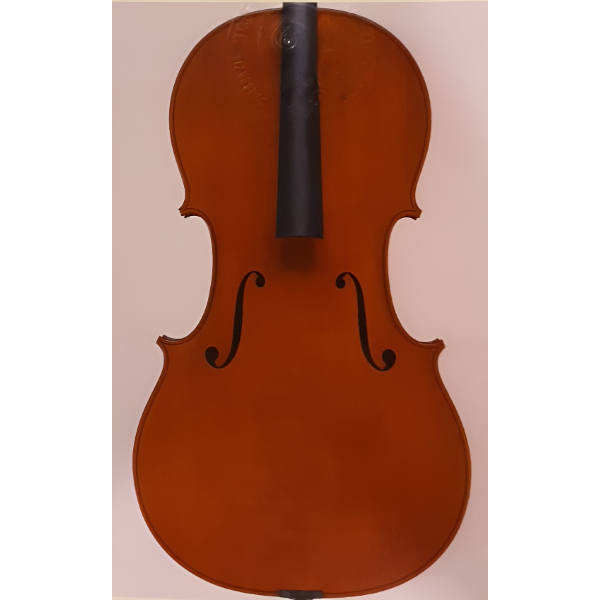 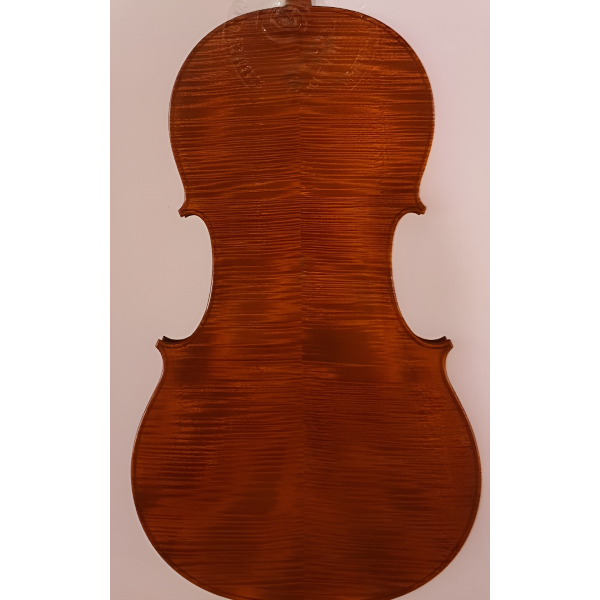 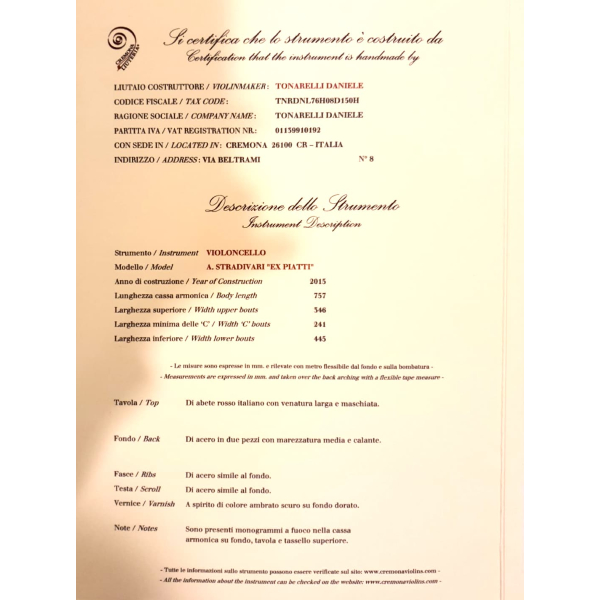 Maestro Daniele Tonarelli was born in Cremona in 1976. He graduated at the International School of Violinmaking in 1994, under the guidance of Master Giorgio Scolari.

Until 1997, he dedicated himself in improving his style and techniqus in Master Marco Nolli workshop. Now he is working in his laboratory in Cremona. He has taken part in some competitions such as Baveno (1993 and 1997); Bagnacavallo (1992 and 1996) where he earned honorable mentions; Moscow (1998), where his instruments were ranked highly in the competition. In 2000 he took part in the 9. 0Ente Triennale International Competition of Violinmaking in Cremona.

His instruments are made following the classic Cremonese models; in his works, he usually uses a brillant and transparent varnish, and he also chooses selected tools and he pays great attention to the tonal qualities.