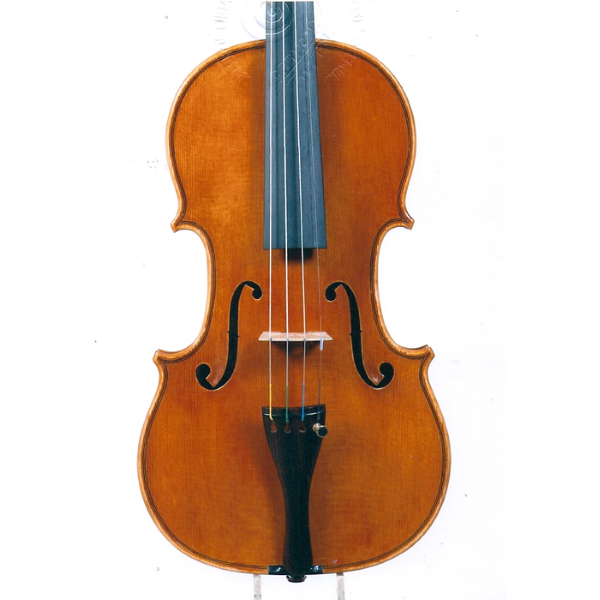 Maestro Stefano Conia was born in Hungary on January 10, 1946. When he was young he began studying the violin and became interested in violin-making following the example of his father who has a diploma from the International School of Violinmaking in Cremona.

After finishing high school and his violin studies in Hungary, he moved to Italy and attended the International Violinmaking School in Cremona from 1968 and studied with Maestro Sgarabotto, Maestro Morassi and Maestro Bissolotti.

He returned to the School of Violinmaking in Cremona as a teacher for over 20 years, first as expert in varnish and restoration, then to teach constructions as well. In his workshop, in the heart of the city of Cremona, he makes his instruments inspired by the models of the classical makers and later using various models.

In making his instruments he uses carefully chosen aged wood. The shape and arching are classical and the varnish intense. Each piece of his violins is carefully controlled and perfected according to its acoustic function. Each instruments has its own certificate and guarantee.

Maestro Conia has been awarded many prizes in national and international competitions. His instruments are recognized and appreciated throughout the world. He is member and founder of the Italian Association of Violinmakers (ALI) and the European Association (AEL).

– This instrument is certified with the “Cremona Liuteria” trademark –